At the end of their shift, almost half of the workers at the Renault factory in Bursa, Turkey decided that they will not be working the next day.

“Oyak Renault”, as it is known in Turkey, is a joint venture between the French automaker and the Turkish army pension fund Oyak.

The strike started on a Thursday night.

The number of those who launched the strike amounted to 2,500.

They expressed discontent both with the company and their union.

The strike spread to other companies such as Fiat’s affiliate company factory Tofas and automobile part suppliers in other industrial zones of Turkey as well.

I was able to go there a couple of days later, take these photos and witness the slogans and the atmosphere of “resistance” and “solidarity.”

In this photo, it can be seen that a popular slogan from the Gezi Park Protests is diffused. The slogan states: “Everywhere Reno, resistance everywhere.” Those who write it probably belong to the supporter group of sports team Beşiktaş, named Çarşı.

Those who were striking and their supporters rallied in front of the factory, while some of the workers camped inside. Cheers and voices were loud when these small rallies took place. 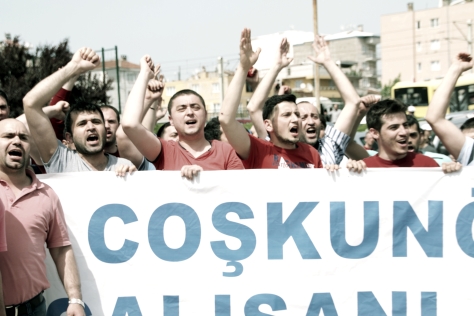 Also, there was some hostility towards the “foreigners” as one worker stated: “We do not trust those “foreigners” coming from İstanbul. They may exploit us!” 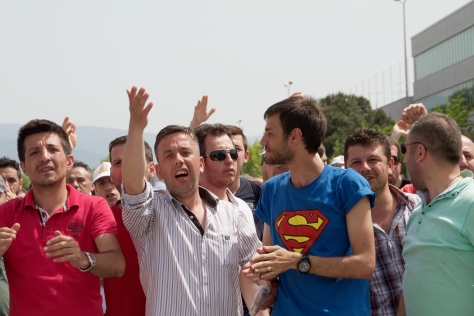 Yet, the negative encounters with journalists were limited. They stressed some of the workers cards for entering the factory were not working. There was anger and mistrust towards the authorities. Mostly, the messages of solidarity and resistance were dominant.

In this placard it writes: “if you do not resist today, you will beg tomorrow.” 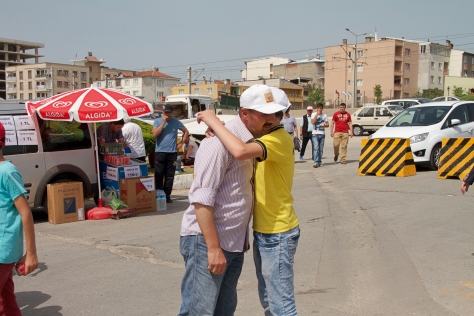 Oguz Alyanak wrote probably the best, a comprehensive article on the dynamics of the protest at Open Democracy. Definitely recommended.